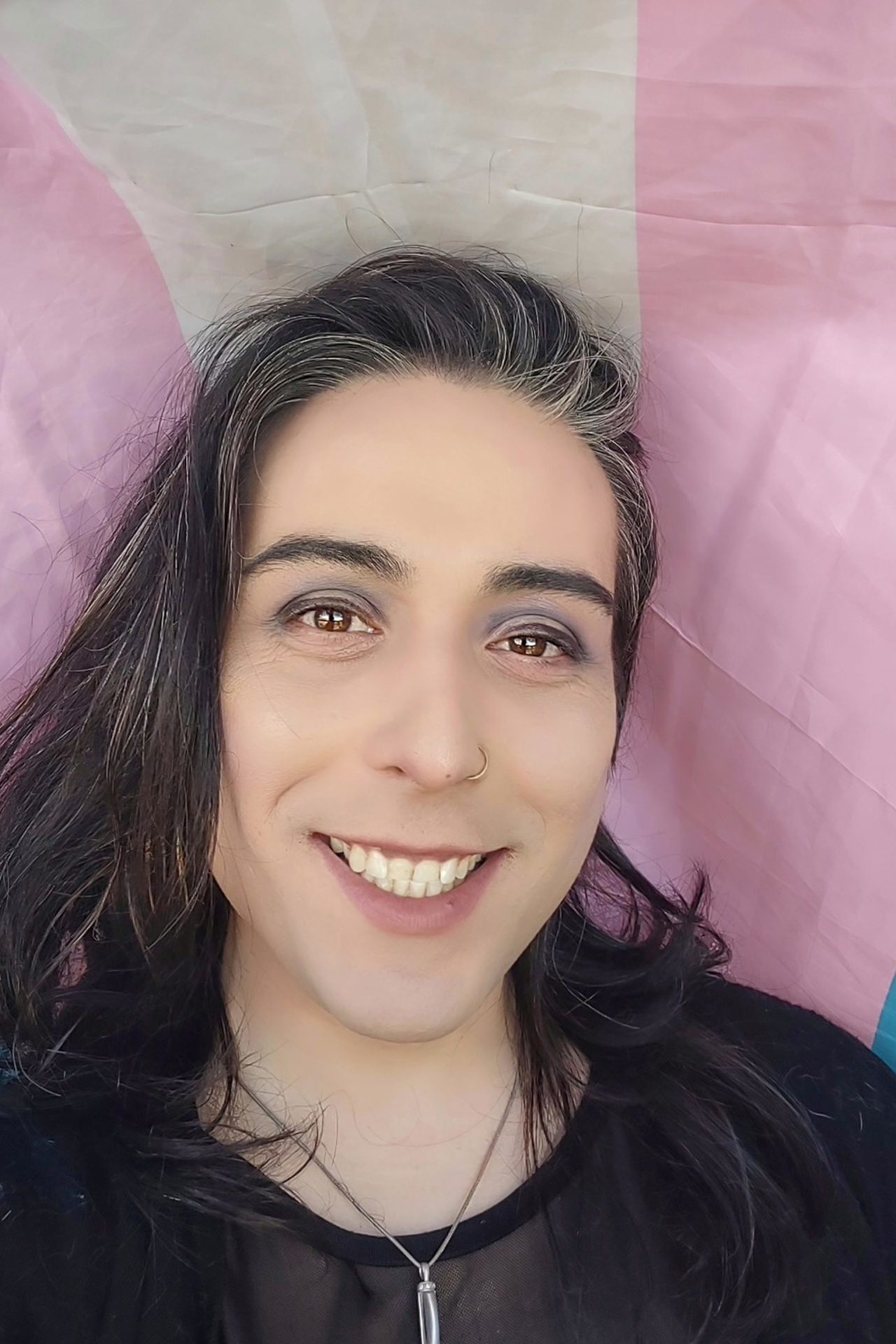 Outside of Ingersoll, her creativity continues to complement her work at GenPRIDE where she manages operations and communications. She co-runs Guava To The People and serves on the King County Gender Identity and Sexual Orientation Inclusion Task Force.
You can connect with Beatrix at beatrix@ingersollgendercenter.org 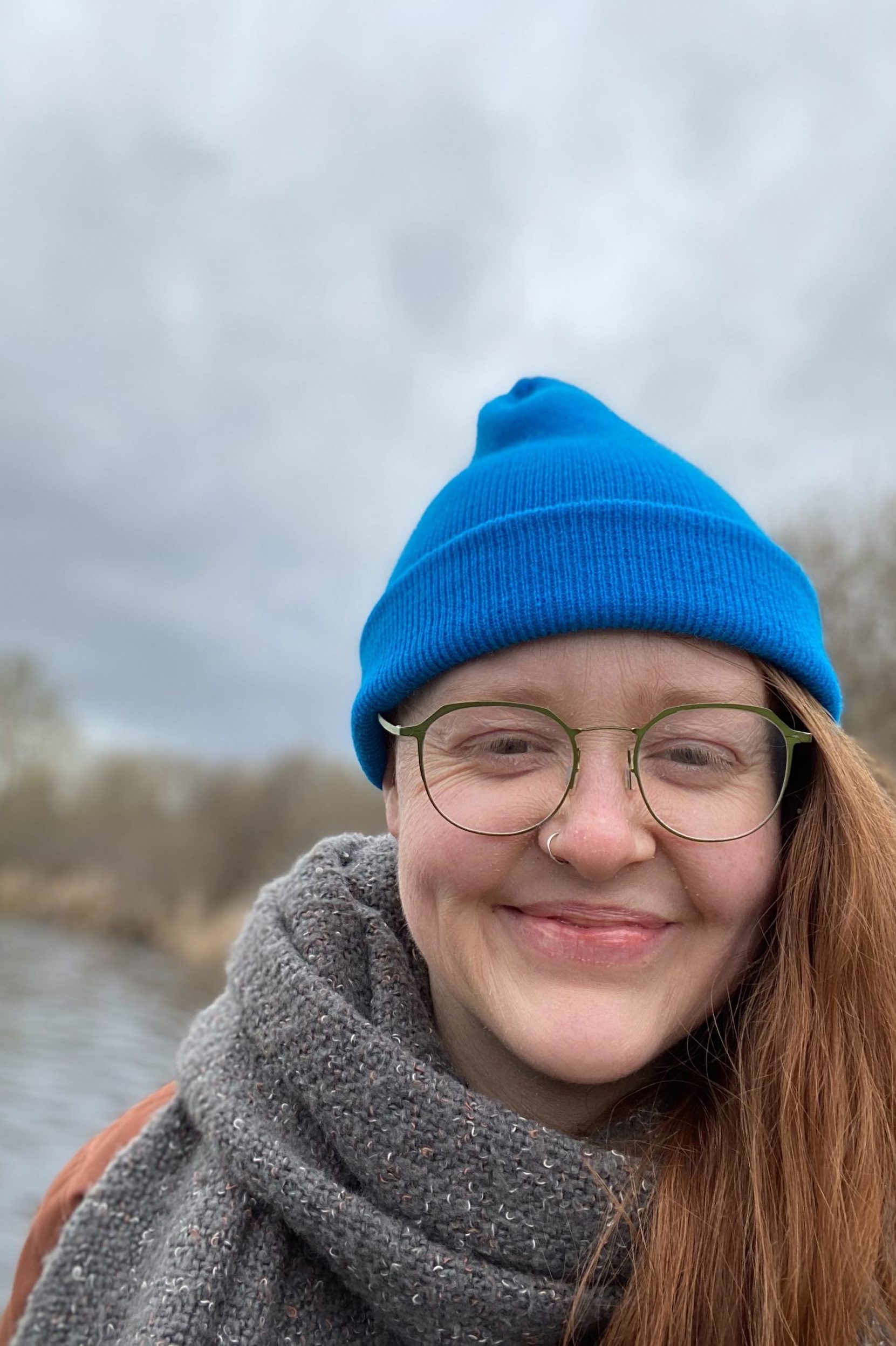 Coco is Ingersoll's Communications and Development Coordinator. Their background is in community organizing and graphic design. They love working in and for community and furthering the success of community movements through thoughtful and creative design. In their spare time they can be found eating way too many cookies or cuddling with their pocket pitbull named Bea who insists on being the big spoon. They would love to see your fur babies and/or connect with you about all things communications or development (FUNdraising!) at coco@ingersollgendercenter.org. 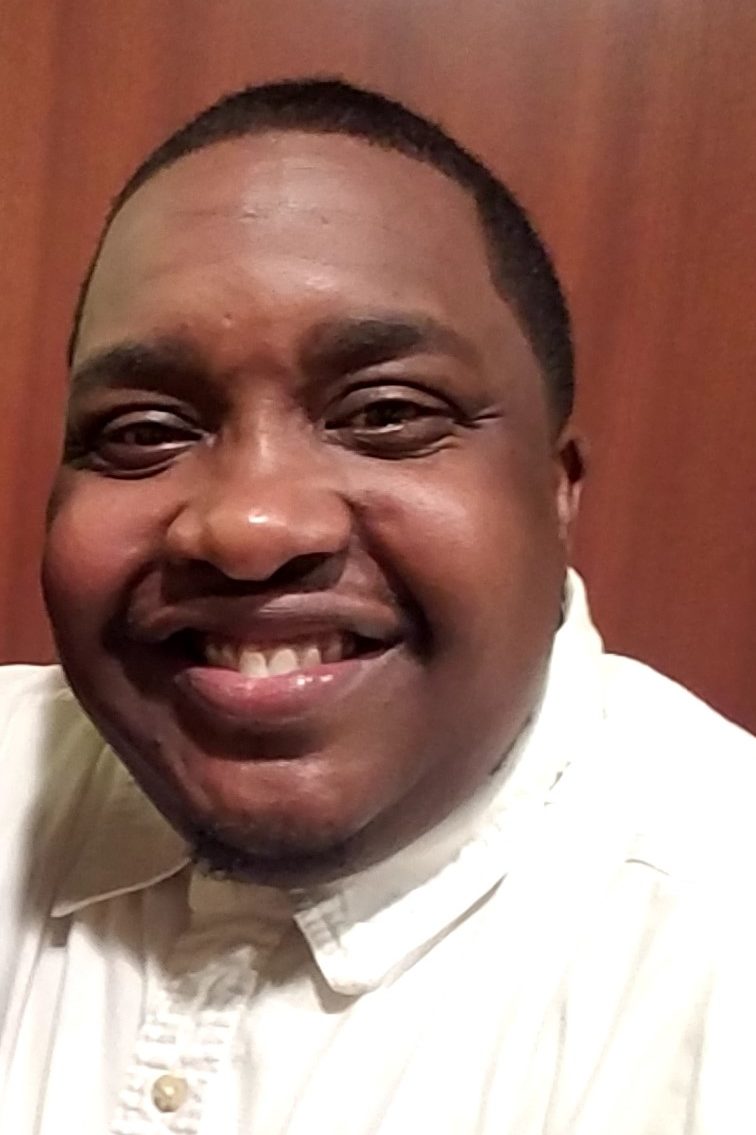 (Lee) Jonathan Williams is the Program Director at Ingersoll. Originally from Milwaukee, WI he really appreciates the lack of snow in winter. Prior to joining the team at Ingersoll Jonathan worked as an Intervention Specialist with King County Public Health and as a Program Manager with POCAAN (People Of Color Against AIDS Network) managing HIV outreach and the Black Trans Empowerment programs. In his down time they are a huge trivia and karaoke enthusiast and love watching classic Black films and movies. Jonathan is a 2019 recipient of the “Rising Star” award from the Black Trans Advocacy Conference. 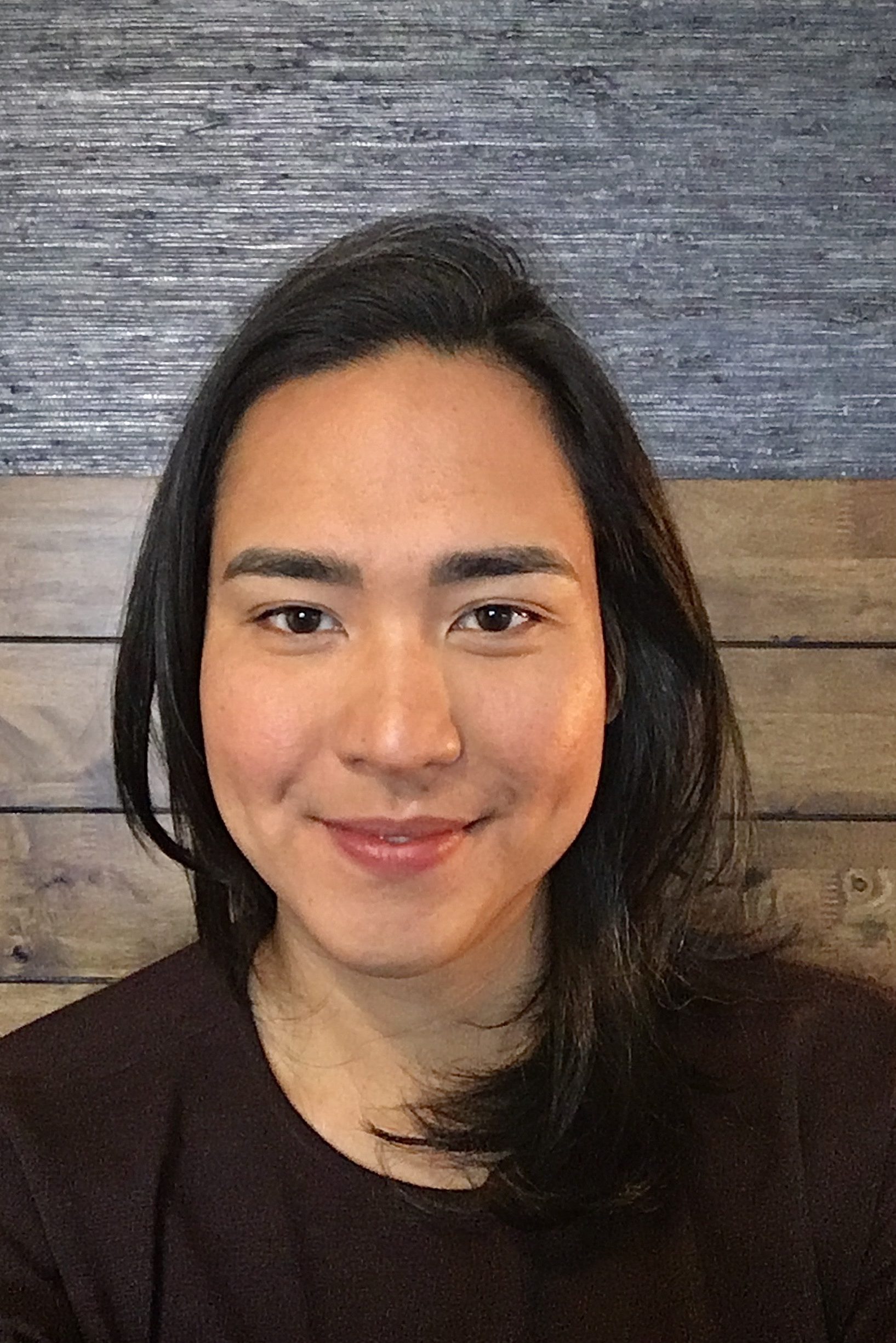 Kaya Mayari David is the Development Manager at Ingersoll. They are: a first-generation immigrant of mixed Tagalog, Kapampangan, and Ilocano ancestry; a nonbinary queer trans themme; a former dancer; an avid backpacker; a tender of gardens, and; a Libra/Aquarius/Libra who gets their life from beauty and justice.Prior to joining the team at Ingersoll, Kaya worked in various capacities for arts and LGBTQ+ organizations both in Seattle and New York. They live in West Seattle with their spouse Mark, their sibling Evie, and their dog Juno. They are excited to partner with you on making the world a better place for gender diversity! Connect with them at kaya@ingersollgendercenter.org. 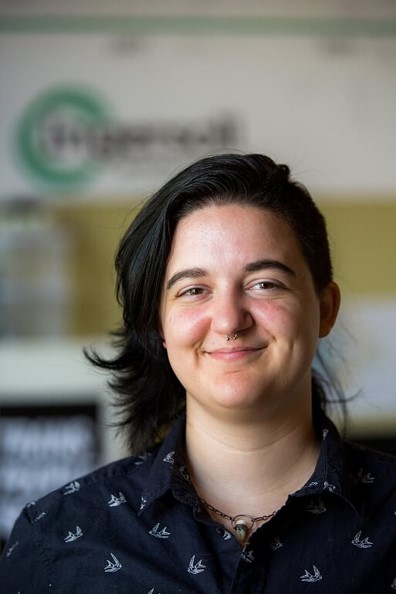 Shea is the Operations Assistant at Ingersoll Gender Center. They are a hardworking Taurus who loves to knit and do embroidery in their free time! Shea is working their bachelor’s in Community Psychology at University of Washington and loves being able to serve their community at Ingersoll. You can reach out to Shea for general questions and to set up appointments by reaching out to info@ingersollgendercenter.org. 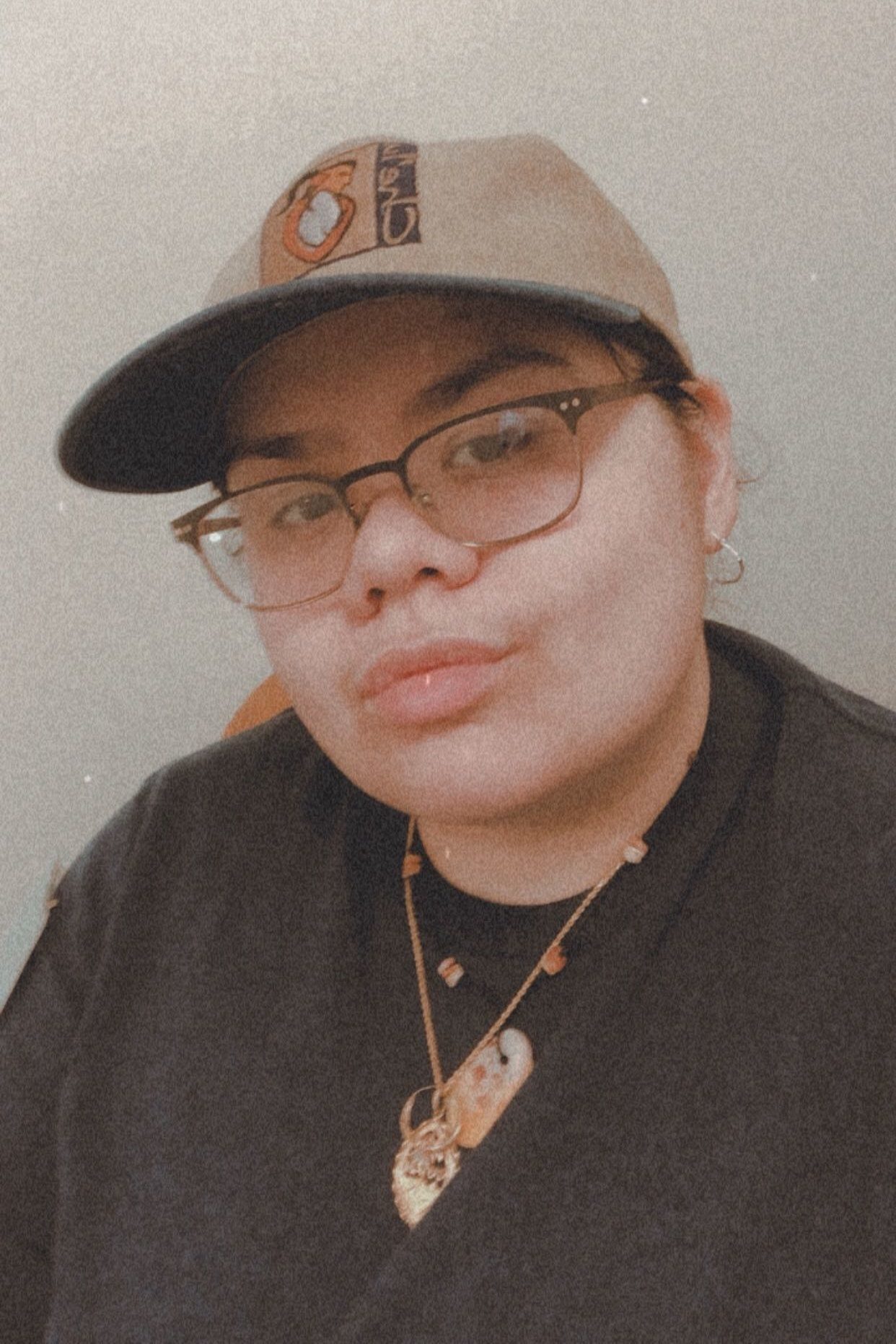 Born and raised on the island of Guahan, So’le is a Queer and Trans Non-Binary CHamoru lover. They moved to the Puget Sound Salish in 2016 and currently reside in Duwamish Territory. So’le is a recent college graduate from The Evergreen State College in Olympia, WA with a Bachelors of Arts in Multicultural & Indigenous Studies and Music Composition. They believe that their experiences in higher education settings and their work with people from diverse cultural, socioeconomic, and educational backgrounds are valuable components that can contribute to the growth and work done at Ingersoll. So’le plans to step into their new role with radical acts of love, compassion, awareness, community care, and an indigenous point of view. When So’le isn’t working, they can be found creating music and art with other QTIBIPOC artists, cooking and spending time with loved ones, and cuddling their adorable puppies, Pilan and Lolo. If you need support in Survivor or Veteran Advocacy you can contact them at so'le@ingersollgendercenter.org

Our Board of Directors 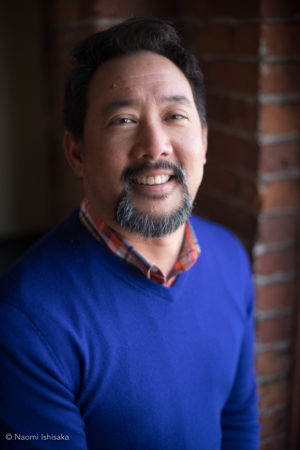 Brandon currently is Director of Policy and Advocacy for a Tacoma-based non-profit which supports people experiencing homelessness and economic disadvantage through integrated services of healthcare, housing, education and employment, and by addressing the social determinants of poverty. Brandon has a law degree from the University of California, Hastings College of the Law and has practiced labor and employment law since 1992.

Having grown up in Hawaii, Brandon idolizes the big yellow ball of warmth that coyly visits the Pacific Northwest in the summer months. During those times, you can find him happy on the softball fields or at the park with his two pups. 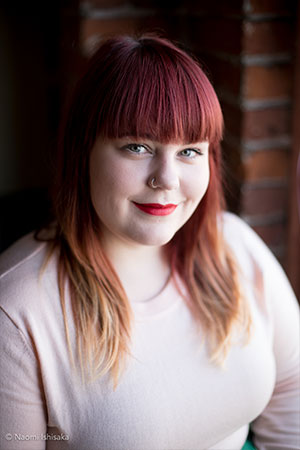 Jessica brings over five years of experience in development and operations at progressive political non-profits to her role as Board Treasurer at Ingersoll. She currently works as Operations Manager at Progress Alliance of Washington, supporting the organization to build a permanent and powerful social change movement in Washington state. She has a passion for organizational development and is excited to bring that lens to supporting trans and gender nonconforming communities with Ingersoll. In her free time, Jessica loves seeing local music, drawing, and exploring the outdoors. 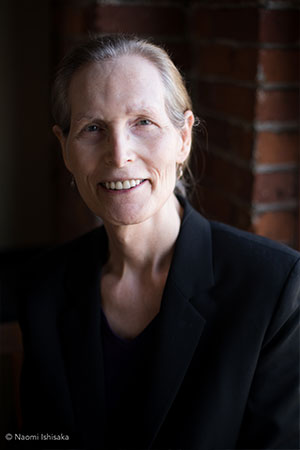 Marsha Botzer has served the Lesbian, Gay, Bisexual, Transgender and progressive communities for over 41 years, as a founding member of Equality Washington, and on boards of Pride Foundation, Safe Schools, Lambert House, Seattle Counseling Service and the World Professional Association for Transgender Health. A founding member of Equal Rights Washington, a past co-chair of Seattle’s LBGT Commission, Marsha served as co-chair of The National LGBTQ Task Force in 2005-6, 2009-10, and as Chair of the Action Fund in 2015. She is a founding member of Out In Front Leadership Project, founded Seattle’s internationally known Ingersoll Gender Center, and served as a national co-chair of the 2008 Obama Pride Campaign.